Created in 1966 by two snowboard enthusiasts, brothers Paul and James Van Doren, this Californian brand (originally called "Van Doren Rubber Company") was originally aimed at skateboarders. The year of her appearance, she launched her first model ,"Authentic", the " VANS #44", which was an encouraging reputation from the beginning. Learn more 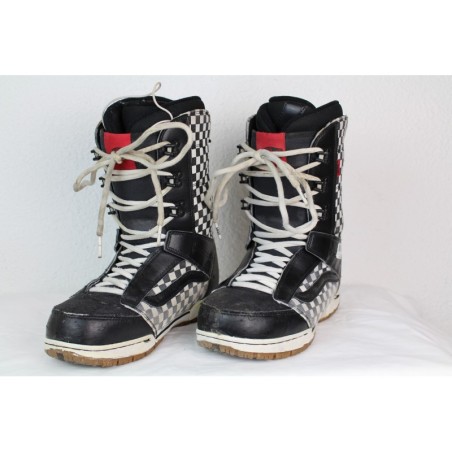 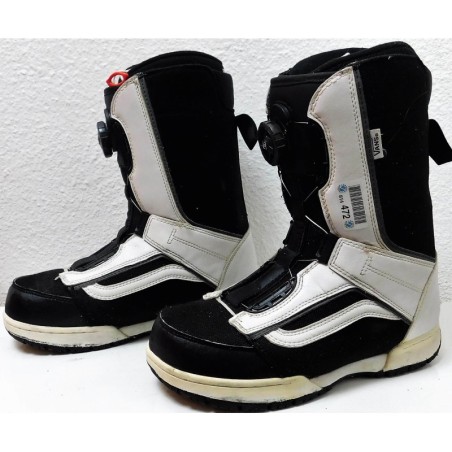 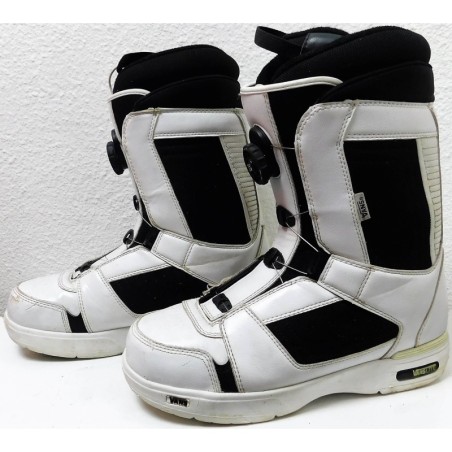 Over time and motivated by a growing success, the company reworks the making of its shoes in a meticulous and elaborate way, gradually endorsing them with a quality and robustness recognized and recommended by the brand's followers. To meet the demand of an enthusiastic clientele, she decided to expand her offer by designing new models of shoes for other sports practices. Its goal: to offer all fans of pure sliding (skateboarding, surfing), winter (snowboard) or extreme (BMX) shoes combining versatility, durability, quality and aesthetics. It develops unique and powerful techniques such as the Tongue Lock Down system designed to prevent the heel from taking off when the shoe is tightening, or the Reach Around strap designed to allow for a customizable fit of the boot.

Having become a reference in this field and a true symbol of generation, VANS shoes are now asserting itself as the leading brand for skaters and other sliding enthusiasts.

VANS: ALL OUR SNOWBOARD BOOTS

Made to meet these requirements, Vans boots meet the needs and tastes of every snowboarder according to their practice and level. Classic, intermediate or more elaborate, they benefit from a confection based on innovative technologies specific to the brand; Ergonomic, they perfectly match the shape of the foot and ensure optimal support of the heel and ankle for guaranteed comfort;light, they are very pleasant to wear and do not cause any discomfort, even during a long-term practice; They are equipped with efficient and reliable closure systems and a simple or functional lacing process; comfortable, they are trimmed with insoles that hold the foot perfectly in the shoe; Adjusted to stress, they are equipped with adhesive, durable outer soles designed to cushion shocks, ensure perfect control and reduce fatigue during exercise; Adapted to the level of the athlete, they are offered in a flexible model for beginner swings or intermediateathletes, or in a more rigid range for experienced practitioners; aesthetically and resolutely modern, they come in a range of plain or printed colours.

By choosing a pair of VANS snowboard boots, you are sure to bet on functional shoes that combine high quality and durability, which will allow you to fully enjoy your passion for snowboarding!